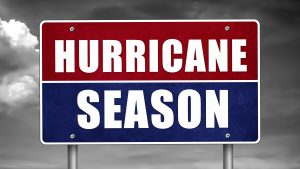 The Atlantic hurricane season is nothing new, but it seems to have been particularly virulent this year (though thankfully not for us here in Virginia).  What is new, however, is a new anti-fraud effort announced this week by Deputy Attorney General Rod Rosenstein.  As regular readers know, in certain drastic situations — such as a hurricane — the federal government puts massive resources into play, which is without question the right thing to do.  And, as with any massive deployment of government resources, there will always be a few unscrupulous actors who take advantage of the situation.

That was certainly the case following Hurricane Katrina in 2005, when billions of dollars poured into the Gulf Coast. In the wake of Katrina the National Center for Disaster Fraud (NCDF) was born.  The NCDF is a partnership between the U.S. Department of Justice and various federal law enforcement and regulatory agencies to coordinate resources to investigate, prosecute — and hopefully, deter — fraud related to natural disasters.

Department-Wide Standards Are Announced for the First Time

Needless to say, DoJ has previously co-ordinated its efforts in response to the massive storms that hit the Gulf Coast this year.  As just one example, several weeks ago, several USAOs in affected districts announced a coordination of efforts.  But the “Rosenstein Memo” is new in that it is Department-wide.

In a brief memo dated Sept. 22, 2017,  the Deputy Attorney General, among other things, requires each of the 94 U.S. Attorney’s Offices to designate a point of contact for fraud investigations and prosecutions.

Deputy A.G. Rosenstein had this to say:

The Justice Department is committed to pursuing any fraudsters seeking to capitalize on the tragedy and will devote the necessary resources to do so.  It is imperative that the department is able to properly track and manage its response to claims of disaster fraud and that agencies receive timely and relevant investigative leads and other relevant information. By working together, we can ensure that federal emergency relief funds are properly distributed to those who need them most and that taxpayers are not victimized by fraudsters or other criminals.

And that, dear readers, is a good start.  Stay tuned for reports on the inevitable criminal and civil prosecutions that will follow.