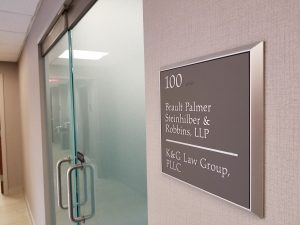 As regular readers know, in addition to handling fee-shifting cases of my own, I am often asked to serve as an expert witness in litigation over reasonable attorney’s fees.  For years I have been mystified about the fact that Virginia state courts tend to award fees at lower rates than federal courts.  That could be because Circuit Courts are accustomed to more routine legal matters than federal courts.  It could also be that many Circuit Court judges are accustomed to “splitting the baby” so to speak.

Fortunately, several recent opinions from Virginia state courts give me some hope that this tide is turning and that Courts of the Commonwealth are beginning to take fee awards seriously.

A few months back I covered the SCOVA opinion in Lambert v. Sea Oats Condo Association.  There, the Supreme Court of Virginia overturned a Circuit Court that awarded a lawyer only $375 in attorney’s fees after hundreds of hours of work.  The Court based its reasoning on the idea that because the entire case was over a mere $500, it would be unreasonable and “unfair” (to use the term the Circuit Court used) to aware more than that amount in attorney’s fees.

Today, Virginia Lawyers Weekly covered a recent opinion from a Circuit Court for Hanover County in Winding Brook Owner’s Assoc. v. Thomlyn, LLC.  There, the total attorney’s fee award came to about ten times the amount of the judgment obtained.  The Circuit Court properly held that that should not matter, because the contract at issue contained a fee-shifting clause.

There is one aspect of the opinion that I predict will cause someone, somewhere, some heartache.  Judge Harros wrote: “Expert testimony is not required in all instances to prove the reasonableness of attorney’s fees, especially when the attorneys have submitted affidavits and detailed time records.”  This may be true in some instances.  For example, as part of a sanctions motion or a fee award for a discovery dispute, it might not be practical or warranted to require a lawyer to testify as an expert.

But when the amounts are large, or are likely to be larger than the total amount of damages awarded, I certainly agree with Virginia litigator Stephen Emmert who is quoted by Virginia Lawyers Weekly in the article.  Emmert — who has long been an iconic figure in Virginia legal circles — is quoted as saying: “If I were litigating something like this, I would always want to have an expert.”

To that I add my hearty “amen.”  And not just because I have served as a paid expert witness on this topic numerous times.  In fact, I would go one step further and add that a bifurcation motion — pursuant to Virginia Sup. Ct. Rule 3:25 should be litigated — preferably early on — in such cases.