By Zachary Kitts on January 9, 2019 in federal False Claims Act litigation, How to be a successful qui tam whistleblower 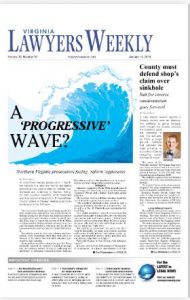 The latest version of Virginia Lawyers Weekly contains a quote by yours truly on the topic of federal pleading standards for federal False Claims Act cases and the recent Fourth Circuit opinion in .  Congrats to reporter Matt Chaney on his fine article, which also appeared in the South Carolina Lawyers Weekly

I do indeed find this opinion troubling.  The opinion is from December 26, 2018, but for the obvious reasons it didn’t get much publicity at first.  The caption of the case is United States ex rel. David Grant v. United Airlines ; the appeal arises from an Order of the U.S. District Court in South Carolina dismissing relator’s Second Amended Complaint.

As regular readers know (because it has been a recurring theme on this blog for more than ten years) a well-pled Complaint is critical.  The heightened pleading requirements of Fed. R. Civ. P. 9(b) apply to FCA actions, and failure to comply with Rule 9(b) is treated as a failure to state a claim under Rule 12(b)(6).

Motions to dismiss pursuant to Fed. R. Civ. P. 9(b) are commonplace in FCA litigation, with nearly every defendant in nearly every case arguing that the relator has failed to plead his or her claims with sufficient particularity.  There are several reasons for the heightened-pleading standard under Fed. R. Civ. P. 9(b).   First, the defendant have a right to be on notice of the conduct alleged to be illegal.  Also, a stringent standard helps to eliminate fraud actions in which all the facts are learned after discovery and protects defendants from frivolous claims.

The primary reason why Rule 9(b) motions are common in FCA cases is that such a motion makes a purely legal argument.  The 9(b)/12(b)(6) motion argues that even if all of the facts alleged in the Complaint were true, the Complaint would still not state a case because it is legally deficient.  And the reason why that argument is necessary is because when a qui tam relator is present, there will normally be few — if any — facts in dispute.

Grant worked at United Airlines as a mechanic; his qui tam alleged several ways in which the airline committed violations of its contract with the United States.  For each of the violations, Grant alleged that United falsely certified that it had in fact followed the correct procedures.  In my view, the allegations of the Complaint had the kind of specificity I look for.  Grant alleged that specific tests were not performed, and he named the specific safety standards that were falsely certified; he also included the contractual provisions at issue.

However, Judge Duncan (writing for the majority) held that because Grant, as a maintenance technician, did not have access to evidence of how and if the government received or paid for the services, he could not state a claim under sections 3729(a)(1)(A) or (B).

My quote is as follows:

The majority appears to say that on one hand, you’d have to have boots-on-the-ground knowledge that an airline mechanic would have, and the person would simultaneously need to have knowledge of fairly high-level contractual dealings,” he said, “But it seems to me that they’re requiring a level of knowledge that no one person would ever have.

So yes, I find this troubling, to say the least…stay tuned readers!