As regular readers know, I believe in focusing on the fundamentals in litigation or, at least, that is what I try to do.  To be sure, I may not always succeed in staying focused on the blocking and tackling of litigation, but I certainly try.

I have said it before and I will say it again — in any kind of planned, strategic endeavor — ranging from litigation to football to war and everything in between — it is execution on the fundamentals that wins the day.

It might sound stupid or insulting to say that to a bunch of educated professionals, but think about it this way — in professional sports athletes are paid millions of dollars a year to play a game.  Those athletes are the best of the best at what they do, and they are supported by dozens and dozens of the best trainers and coaches money can buy.  Yet every year, in every sport, we see athletes get to the very pinnacle of their profession and absolutely blow it by screwing up on the fundamentals. 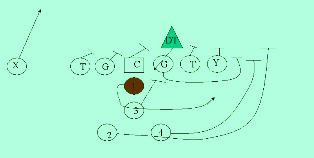 Today we will take a look at one of the most essential blocking and tackling elements of qui tam litigation (and in other litigation as well).  Namely, the affirmative defenses and denials contained in a defendant’s answer, and the response of a plaintiff when a defendant asserts inappropriate defenses.  This is more applicable than you might think.  Many defendants — in all different types of litigation — simply throw in the kitchen sink when it comes time to file their answer and assert their affirmative defenses.

Fed. R. Civ. 12(f) allows a plaintiff to move to strike from a pleading an insufficient defense or any redundant, immaterial, impertinent, or scandalous matter.  A review of recent published cases indicates that more and more plaintiffs are refusing to accept substandard defensive pleadings, and that is a welcome development.

One recent example (April, 2013) is US ex rel Spay v CVS Caremark Corp in the U.S. District Court for the Eastern District of Pennsylvania.  There, the Court struck a collection of random defenses that did not apply as a matter of law.  Things like waiver, failure to exhaust administrative remedies, and laches were thus removed from the Answer and Grounds of Defense, saving plaintiff considerable time and effort, mainly because they did not need to do discovery on those matters.

Another recent example (March, 2013) comes to us from US ex rel Robinson-Hill v Nurses’ Registry and Home Health Corp., et al. in the U.S. District Court for the Eastern District of Kentucky.  There, the Court struck defenses like accord and satisfaction, waiver and release and estoppel.

The key point of these motions is that plaintiffs save time, expense and hassle doing discovery on defenses that simply do not apply.  There is also a more subtle reason that motions to strike are a good idea.  You see, in qui tam litigation (and in many other types of litigation) defendants will try to make a case unmanageable and so complicated and confusing that the parties simply lose control of the case…and if that happens, defendants are much more likely to win.  In the same way that a plaintiff’s case starts with the Complaint (which should provide something of a roadmap if it is done properly) the defense’s case starts with thier Answer.

Moreover, defendants in non-intervened FCA cases tend to feel like they have the momentum.  This feeling is not without some justification.  By convincing the government not to intervene in the case, the defendants have really and truly dodged a bullet.  In large part, the job of a relator’s lawyer in non-intervened FCA litigation is to show the defense that they may have dodged one bullet, but there is another one coming.  In part, you do that by showing the defense that you know your stuff, and will not allow them to make a morass out of the case by asserting 40 or 50 affirmative defenses that don’t make any sense.

I would be willing to be that the defendants in these cases also come to the settlement table….wait and see dear readers.