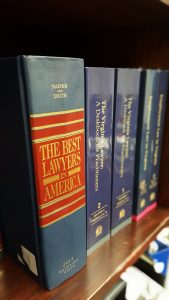 The New Year will hold lots of new developments for the Virginia Fraud Against Taxpayers Act.  Among the most important of them will be the upcoming Attorney General election.  The 2017 race will mark the first time since the 1980’s that a sitting Attorney General has run for re-election.

Let’s take a look at how the election is shaping up.

Democrat Mark Herring is, as most of you know, running for re-election.  This is the first time since Mary Sue Terry was re-elected attorney general in 1989 that a sitting Attorney General has run for re-election.  Putting aside General Herring’s other work as Attorney General (some of which has been controversial) he has used the Virginia Fraud Against Taxpayers Act more aggressively than his predecessors.  In fact, as reported here last year, General Herring’s office finally broke my own record for the largest non-healthcare recovery under the VFATA.

There are currently two Republicans competing for the Attorney General nomination — Richmond lawyer John Adams, and Virginia Beach lawyer Chuck Smith.  A few weeks ago, Del. Rob Bell dropped out of the race.  Rob (who competed with Mark Obenshain for the Republican nomination in 2013) was favored to win the primary.  Now that he isn’t running this is anybody’s ball game.

Adams and Smith are both impressive candidates.  Both have considerable experience, including Navy JAG Corp experience.  As would be expected for a Virginia Republican primary, both of the candidates have a straightforward Republican approach to issues like individual responsibility, gun control, minimizing government interference with the economy, lowering taxes, etc.

It might be my imagination, but it seems like Chuck Smith’s materials have a bit of a populist flavor, while Adams’ materials seem more “mainstream” for lack of a better word.

With the two Republican candidates coming from such similar backgrounds and running on similar platforms, it is likely to come down to a contest of personalities and who Virginia Republicans feel will offer them the best shot at victory in November.

As we learned in 2008, the man (or woman) in the street cares but little for the nuances of legal work.  They care even less about the specific types of work of performed by the Commonwealth’s Attorney General.  Instead, it seems like they vote for Attorney General the same way they vote for any politician — they go with what their gut tells them.  As discussed previously in this blog, there is nothing inherently wrong with that, and that is just as good a way as any to pick the next Virginia Attorney General in 2017.

No matter who wins the Republican primary, Herring seems likely to have a fight on his hands come November.